“Time has been damaged and they’ve come to sterilize the wound,” Doctor Who pointed at the Reapers, “by consuming everything inside.”

They appeared because Rose asked to be taken to the point in history when her father was struck dead by a passing car and then impulsively saved him instead of simply saying goodbye, as the Doctor instructed her to do. As she herself “planned” to do: to hold his hand when death approached.

To say that the Doctor was displeased is a gross understatement.

His deep disappointment lay in the fact that Rose acted selfishly, ignorant of the consequence of her action. Understandably, young Rose did not mean to disturb or harm the whole universe, she simply wanted her father to be alive.

The possible “side effect” of her action did not occur to her before her hasty deed.

Everyone has been young, ignorant, self-absorbed and self-centered once. We could all understand Rose and her actions.

Unfortunately, most of the time, whether or not we intend to do harm by acting on self interest, the negative consequence can not be avoided.

In his anger, the Doctor drove the point home, “I should have known. It’s not about showing you the universe. It never is. It’s about the universe doing something for YOU.”

Rose regretted her action as she saw the world paying the price. The Doctor forgave her.

However, recognition, aknowledgement, contrition and forgiveness were not nearly enough to repair the world.

The episode ended in a “cop out” scene where Pete Tyler rose to the occasion by volunteering his death as the universe “dictated”, dissolving Rose and the Doctor the potential “hard decisions”.***

Nonetheless, the power of the episode is not diminished by Pete’s self-sacrifice.

A teenage patient of mine said that this episode taught a “lesson” in “universal empathy” where her own “original instinct”, like that of Rose’s, was to only care for people to whom she was close.

Then my “Rose” encountered another episode.** 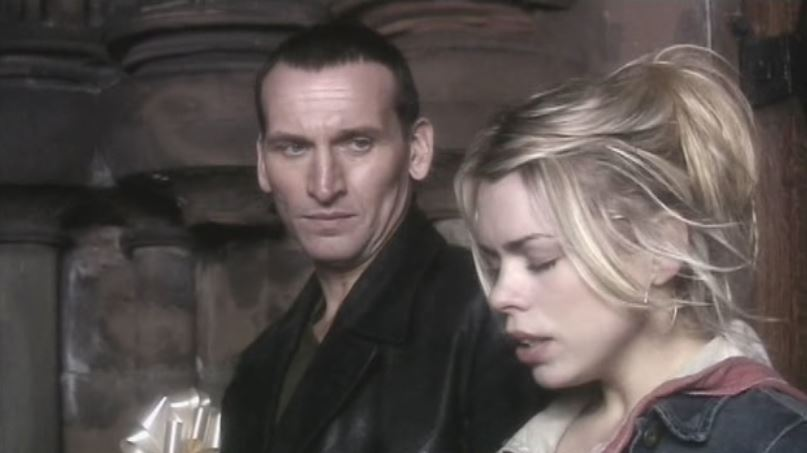 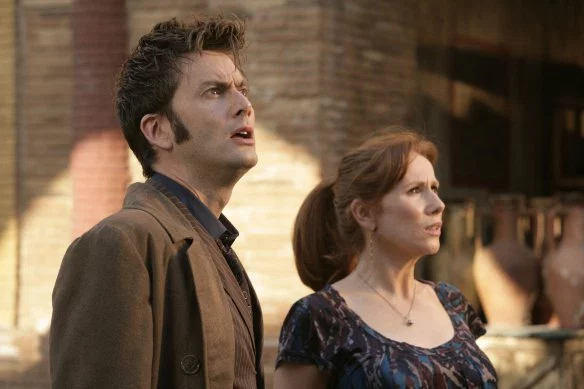 Another time. Another space. Another regeneration of the Doctor. A town of 20,000 was burning.

The event was, like that of Peter Tyler’s death, also a “fixed point in history”, where any change could result in one or another kind of “damage” to the universe,

“Not the whole town. Just save someone,” the teary Donna pleaded with the Doctor; although she most certainly did not mean that “someone” could be “anyone”, she chose the “designated survivors”: the family she came to know and loved.

“That clearly was an act in self interest”, my young lass succintly pointed out. I would have to agree.

Donna’s self-absorption not withstanding, my grievance is with the Doctor: After teaching Rose the heart wrenching lesson, he seemed to care more about what his present companion wanted than what the universe needed.****

Perhaps a “regression” may even happen to the last Time Lords although they were supposed to be a much superior species than humanoid?

Time for my favorite Time Lord to jounery to his own interior for self-examination? ​I wonder.

*** P.S. “What are the ‘hard decisions’?” My friend Len asked. A much “harsher” writer than Paul Cornell, I could think of at least two different episode ending “options”: One, Rose had to “push” her father to his death, figuritively or/and literally, in order to set the world “right” again; Option two, somehow the Doctor convinced the Reapers to release him and he would have to “lead” Peter to his unavoidable death, revealing to his young companion that he’d have to have a direct “hand” in her father’s death. Either would have been a much harder decision than Peter’s voluntary “rising to the occasion” moment Cornell provided. I called Cornell’s choice a “cop out” because it was Rose’s lesson to learn and the Doctor’s moment to “teach” and neither had to do it the “hard way”.

**** P.P.S. “What would you do if you were the Doctor?” My young patient mused. “I would try to find my way into saving the whole town,” I replied, “or, failing that, I’d save whomever I could from the town, not her friends. And when Donna ‘protested” and wanted to make sure her friends were among the survivors, and I’m sure she would, I’d show her that her words of ‘just save someone’ was derived from her disingenuity.” Harsh, I know. ​Perhaps I should carry “H” as my middle initial from now on.