Kindness In Spite of Suffering* 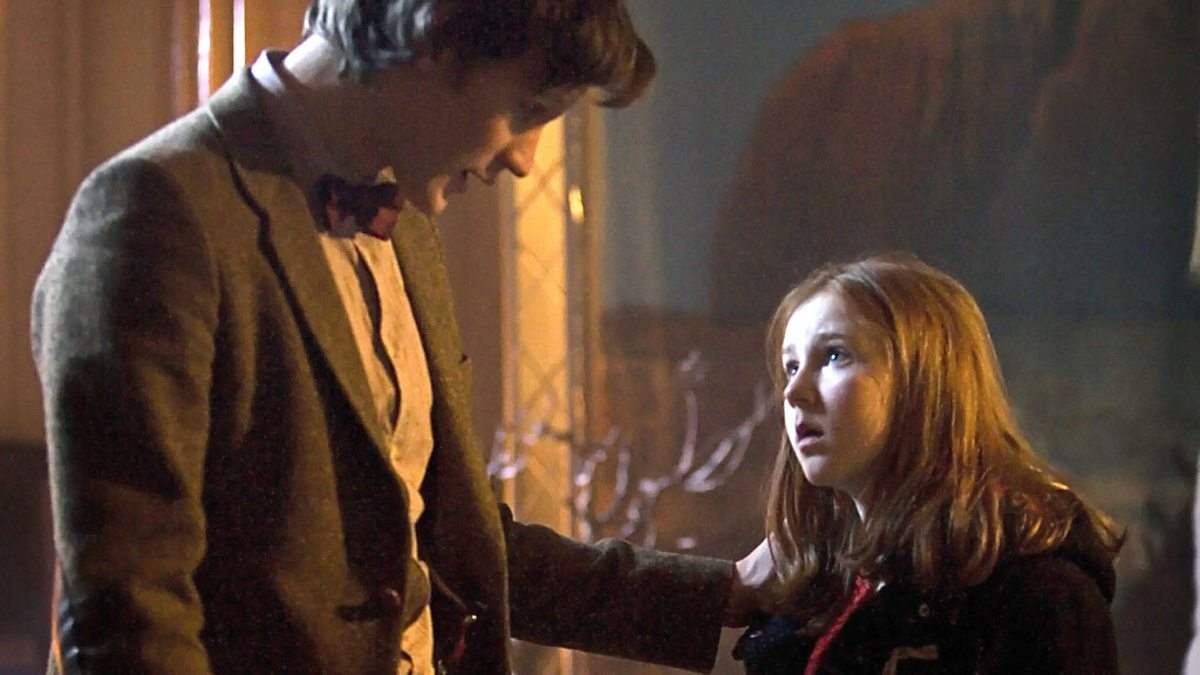 ​Having encountered the Doctor at the tender age of seven, Amelia Pond was no stranger to the extraordinary.**

On the third encounter, then in her 20s, Amy journeyed to the 31st century with the Doctor.

Upon arrival, the Doctor voiced his “first impression” observation: A child crying silently because she couldn’t stop – not trying to draw attention as children do under “ordinary circumstance”. Hundreds of parents walked by. Yet nobody stopped to ask her what was wrong. Because they already knew.

A police state – the Doctor concluded.

​They set out to discover what was the secret that made everyone silent.

And find out they did.

In the 29th century, the earth was burning and everyone was dying. A Star Whale, the last of its kind, appeared. On the Queen Liz Ten’s authority, they trapped the Star Whale and built Starship UK around it. By constantly putting electric pulse to the Star Whale’s pain center of its brain, the beast was used as the engine that took them to safety. To ensure their continued survival, everyone was shown a film bearing the truth of their cruelty towards the alien and then asked to choose either “forget” or “protest”. The ones who pushed the “protest” button, there were only a few, became the “feed” for the beasts.

In any event, the Doctor decided that he’d render the Star Whale conscious-less so that it wouldn’t know its suffering anymore, just so that all on Starship UK may live.

While the Doctor was busy becoming a murderer, Amy shouted for him to stop and put the Queen’s hand on the “Abdicate” button.

The released beast only made the ship go faster.

Amelia alone understood – she saw what the Doctor, along with everyone else, did not perceive, “The Star Whale didn’t come like a miracle all those years ago. It volunteered. You didn’t have to trap it or torture it, that was all just you. It came because it wouldn’t stand to watch your children cry. What if you were really old, and really kind and alone? Your whole race dead, no future. What couldn’t you do then? If you were that old, and that kind, and the very last of your kind, you couldn’t just stand there and watch children cry.”

Every time I hear these words, I weep shamelessly, “All that pain and misery, and loneliness, and it just made it kind.”

The Doctor contended that Amy couldn’t have known how it would react.

Amelia asserted, “You couldn’t. But I’ve seen it before. Very old and very kind and the very, very last. Sound a bit familiar?”

Many years prior to this event, the Doctor had opened the eyes of a young lassie and she divined the depth of the truth, and remembered: One may just become kind in spite of the seemingly all consuming suffering.

And this makes Amy Pond a wrothy companion of the Doctor.

Anyone who holds on to “bitterness” and “blames” the world for his/her suffering could learn a thing or two from the Star Whale, and the Doctor.