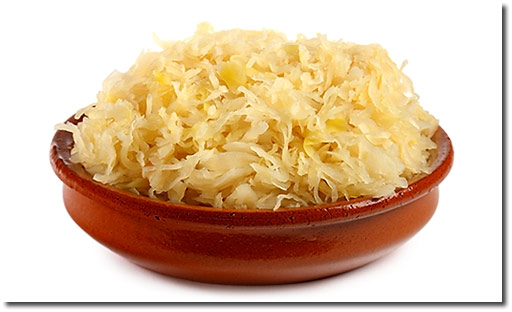 In the last few years, let’s say at least 3, I had been trying to make fermented vegetables.

For some foolish reason, I thought, like with baking or cooking, I’d simply go by the “trial and error” route without looking anything up.

While the same method served me well in baking and cooking, I suspected that was only because my father had instilled the basics for both in me before I reached 10.

​He was the “chef” in the family, when my mother, armed with her top of the line utensils and timers, attempted a meal, everyone at home would be perusing the local takeout menu, while biding time for the meal not fit for human or canine consumption to turn up and then my mother grudgingly acknowledging its “birth” and give in to the “fetched” ready-made food. To this day, I am absolutely certain that if our giant Irish wolfhound could read, she would have picked out the dishes she wanted from the local restaurant when the preparation was still in progress. And being the good canine “citizen” that she was, she would have then gladly fetched everyone’s order and returned before my mother’s all-so-precise timer announced the meal was ready, just not to deny her hunger for one unnecessary second longer AND not having to suffer the “bad smell and taste test”. 🙂

My dad, however, could turn out tasty meals from any scrap of leftovers, using only his trusted cast iron skillet that was never permitted to be near soap or water. “It’s all in the timing, chemistry and good instincts of smell and taste. You can learn the first two but the last one, well, you either possess it, or not,” my father would say.

In any event, obviously my knowledge and timing in fermentation failed as I turned out batch after batch of inedible veggies from my mason jars – some tasted “yucky”; others were just plain moldy. Every time that happened, right then and there in my mind’s eye emerged the image of my mother making a Herculean effort in the kitchen; while everyone else’s crystal ball could foretell the unfortunate future of her labour.

Early fall this year, when the local cabbages started to turn up in the farmers’ markets, I finally saw the “light” and read up on the ins and outs of sauerkraut making.*

Armed with the understanding of the “whys”, I searched for the “hows” on youtube.

​Although some channels made it as sophisticated and cumbersome as how my mother approached her “cooking event”, one called Craig’s Kitchen caught my eye. He reminded me of my dad: one only “masters” a dish after one is able to show it to someone who has never made the dish and the latter is able to immediately succeed in replicating it, provided the “student” is familiar with the basics of the “kitchen realm” and possesses the “good instincts.”

Here is how Craig does it –

A head of fresh cabbage, a big and clean mason jar, a single heaping tablespoon of sea salt (I use Himalayan pink) per kilo of cabbage, and a few days of the room temperature aiding the growth of the “good bacteria”.

Since my encounter with Craig’s video, every batch of my mason jarred fresh cabbage turned into fabulous sauerkraut. After the first batch, I only have to look at the direction of the mason jar, both my dogs would suddenly appear right beside me and “line up” with high expectations from the jar. Even my friend Olivia and her husband accepted a jar every week I made them.

Getting bold, I ventured into root vegetables – beets, turnips, carrots. Lacking water content compared to farm fresh cabbage, those required a water based brine and a little more salt. The fermented root veggies didn’t taste nearly as good as traditional German sauerkraut but they are sour and one could “taste” the probiotics. Perhaps they need more “tweaking”.

Shame on me: One huge batch of attempted cauliflower fermentation turned out cloudy brine and rather “funky” content, which my dogs gladly consumed, sparing me the guilt of wasted food. Not enough salt? The jars weren’t “clean enough” for the particular vegetable? Tempareture too high? Too much light although out of direct sunlight? Too many factors to deduct the real reason. One day soon, I will boil the jars, triple the salt and put the jar in a closet in a cooler December tempareture. Then we will see.

So far, I am delighted with my “traditional” sauerkraut and hold tight in my belief that anyone can do it – leave the commercial “fake” sauerkraut on the store shelves and eat your own “real” probiotic-rich fermented deliciousness. 🙂