Recently there have been heated discussions in relation to gay men who enter and remain in the Catholic priesthood, especially after the Vatican published a new set of guidelines for the training of seminarians.

No doubt the Vatican fits itself perfectly with the long standing homophobic image – holding on to outdated “rules” with a “death grip”.

Although having no issue whatsoever with gay priests, I see the CBC news article on this matter as “off the mark” and misleading.*

In late 2015, former Vatican priest Krzysztof Charamsa stepped out of the closet at a news conference, with his gay partner by his side. He expected applause and received aplenty.

I take issue with celebrating this action: He chose a vocation where he was to give up the temptation of “the flesh” and serve God in all ways possible. Then he reneged his promise: Living in the “human world” with his partner became the new decision. The action can and should be forgiven as he was only “human” and mistakes in such a vital matter of one’s spiritual life can happen. I would have the exact same sentiment towards a heterosexual priest who decided to step out and marry a woman.

The trouble is the “celebration” in such a retraction. What exactly is there to commemorate?! The real matter at hand has nothing to do with “gay rights”; it only has to do with one’s “pride” in one’s recantation of a previous life choice. 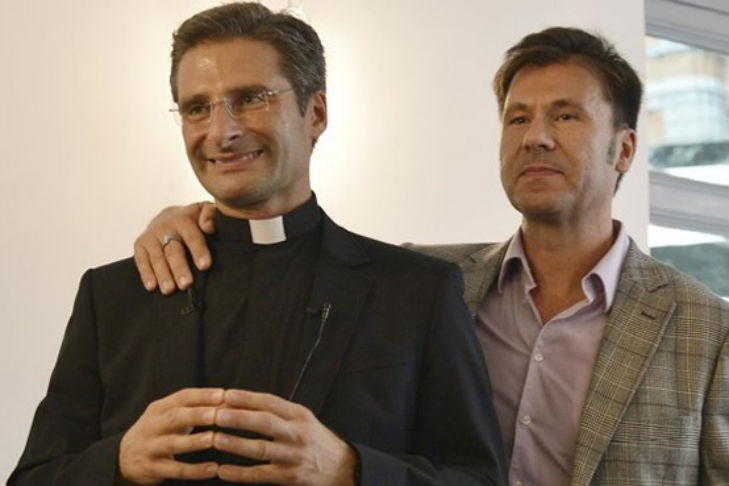 Don’t get me wrong: I wholeheartedly believe the Catholic priests should be “permitted” to marry, women or men. They should change their views on abortion. Women should be allowed into the priesthood if some so desire….

However, the rules being as they are now, pious young men who wish to enter priesthood would have to hide their sexual orientation. Some of these young men, who may want to choose to live a life of both serving God and living with the free potential and possibility of having a human romantic partner, with a man or a woman, would naturally shy away from entering the Catholic Church. A big loss for the Vatican. Something for the church to ponder.

All the above being said, if living an authentic and genuine life is more important, then one ought NOT to become a Catholic priest. And if one views serving the “Catholic God” and obeying the current rules fits one’s deepest desires, then priesthood is a “natural” choice. One may struggle throughout the decision making “stage” or even after the “option” taken. Over time one may even change one’s desires. After all, even pious young men and women are only “human”. All are completely understandable and may be forgiven. All may even be considered “healthy” from where I stand. All, except the sense of “entitlement” that one “deserved” to be “honored” simply because one changed one’s mind about one’s vocation.

Unfortunately, in the current less than ideal Vatican “world”, one may not be “holding” the “God-vocation-cake” and enjoy the “flesh-based-human-romance-potential-dessert” at the same time.

On the other hand, as far as “sufferings” go, it may serve embittered pious gay men who have been or are considering Catholic priesthood to gain the perspective of exuding “empathy” and “compassion” towards women of all sexual orientations, who may also have it in her heart to become Catholic priests but have no such option open to her at all, even if she may be willing to sacrifice everything else in life.