​Recently my elderly dog had major surgery. Two of her four incision sites were infected and became open wounds.

My trusted vet Dr. Gilmour instructed that she was to “get” hydrotherapy 10-minutes twice daily, plus oral antibiotics; instead of immediate surgical debridement.

A lifelong “water hater,” my old dog delivered “dirty looks” every time I told her to go to the shower. However, she subjected herself to the water spray on her wounds every 12 hours without much struggle. Perhaps she does know what’s good for her.

My friend Olivia claimed that she saw the difference after the first day although I was dubious.

In any event, I began reading about hydrotherapy*, maggot debridement, leech therapy** and manuka honey***.

Hopefully she wouldn’t need maggot debridement as I reckon Dr. Gilmour would have a difficult time “hiring” maggots locally.

As I was already familiar with the healing powers of essential oils, the UMF of manuka honey wasn’t a big stretch. However, sifting through the different New Zealand bee keepers/honey makers and identifying what may be genuine UMF and what seems “good” was the biggest “job”. After much reading on UMF and different New Zealand honey makers, I settled with a rather pricey little bottle of Happy Valley UMF 18+ and sent for overnight delivery (I had wanted UMF20+, however, one had to purchase from Happy Valley directly and there was, obviously, no overnight delivery).

The first week (before the honey arrived) between her hydrotherapy sessions, I applied a layer of homemade essential oil cream consisted of calendula, peppermint, tea tree, lavender, olive and coconut oil, held together by beeswax.

On the second week, I alternated between manuka honey and essential oil cream.

Two weeks later, one of her open wounds healed completely. One can hardly detect skin break was ever there. The second wound (first appeared as a big “gaping hole”) was no longer “nasty” looking and well on its way. 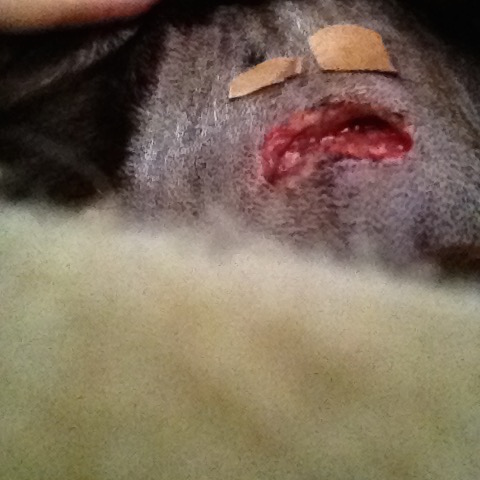 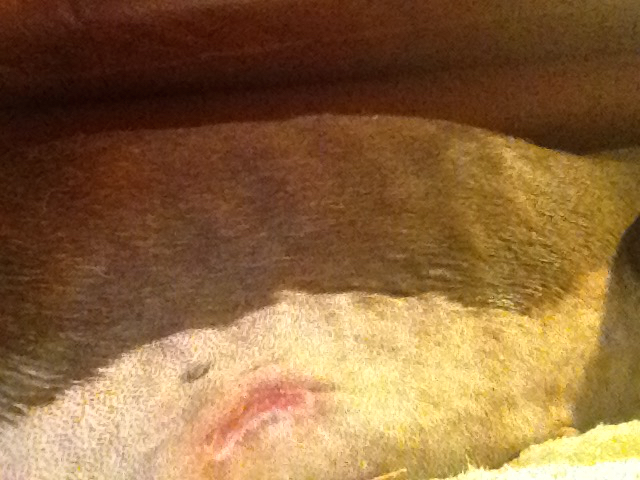 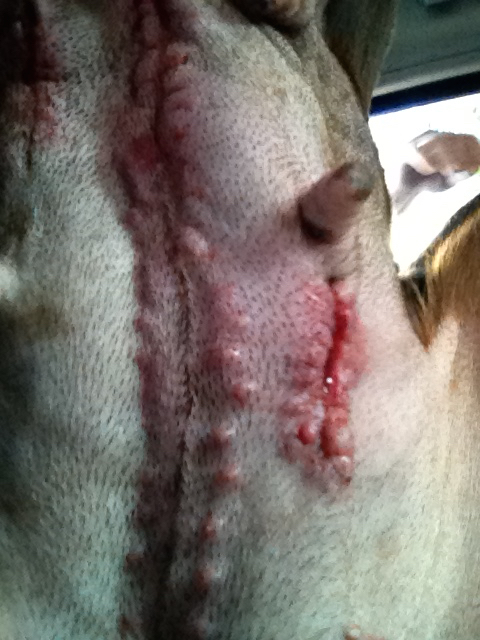 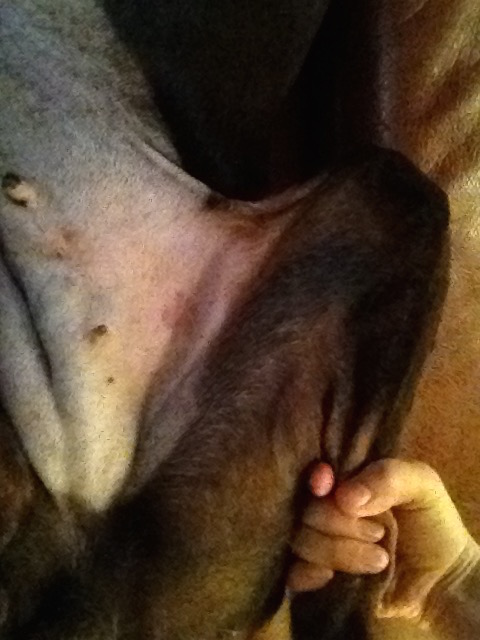 I can’t answer any of these questions as I have no way of conducting appropriate “studies” where dogs with open wounds would be divided into groups and each would get one type of therapy but not the others.

​My concern is also of “informed consent” – of course if my young water loving wolf were involved, she’d opt for hydrotherapy in a heart beat. But then again, she may feel deprived from the obviously delicious and wonderfully smelling manuka honey. And what of the interesting idea of maggots?

I wonder if such clinical comparitive study should be done, without us suddenly developing the ability to discern the subjects’ “wishes”.

The only thing I know for certain is that no dog would choose to have surgical debridement under general anesthesia, if given a choice. And the wonderful Dr. Gilmour provided that choice for my dog. For that, I am grateful.

Interestingly enough, just the other day, my “usual clumsy self” provided me an opportunity. I scraped my arm rather badly over a piece of metal. A thin layer of manuka honey was immediately applied on the wound after cleaning. I did that for two more days and on the third morning, I could barely detect the break on the skin, while in the past, such a cut would take at least two to three weeks to heal.

For lack of any convincing rationale to conduct clinical research on the comparison treatments of open wounds, I “vote” for hydrotherapy and manuka honey. Given an opportunity, I’d try maggot debridement, leech therapy before surgical debridement any day. 🙂