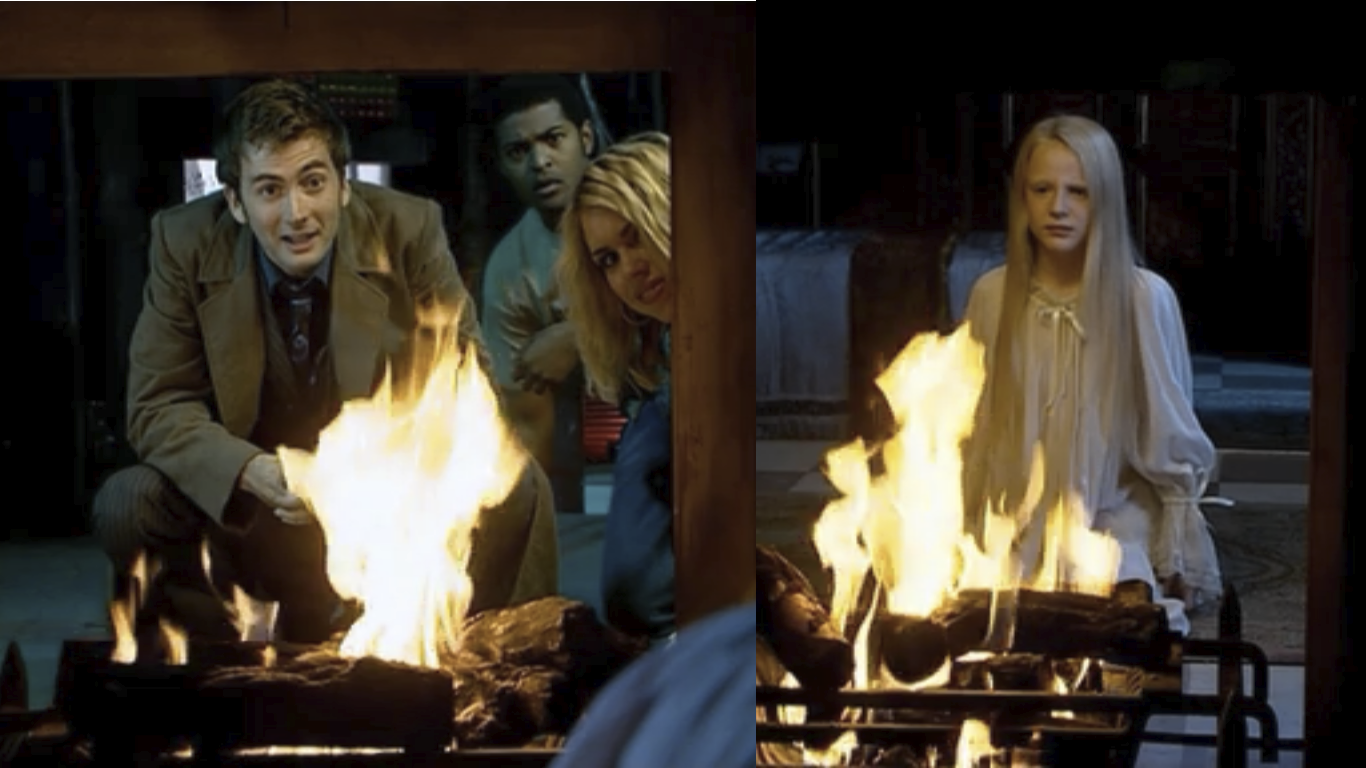 One day, a patient of mine told me that she could not “let go” of her bitterness and anger because, “if I did, ‘they’ would never pay for what was done to me.” The interesting fact is, she was the only one “paying” by holding on to “life was/is not fair to me”….

More often than I care to count, year after year, I hear patients say, “It’s not supposed to happen like that!”

Once that sentiment cemented itself in the minds of the sufferers, bitterness, anger and the likely stagnation of being alive and yet not living are the most probable results, to my utmost dismay.

A full analysis of The Girl in the Fireplace is far beyond the scope of this blog; however, one related point was made clear by Reinette (Madame de Pompadour).

When her “monsters” (the clockwork droids) threatened her life, Rose empathically uttered, “The thing is, you weren’t supposed to have either (the Doctor nor the “monsters”).” Sternly, the fictional Jeanne-Antoinette Poisson “spitted out” her response, “Supposed to happen? What does that mean? It happened, child! …One may tolerate a world of demons for the sake of an angel… The Doctor is worth the monsters.”

Reinette’s statement indicated that there is little benefit dwelling on what is “supposed” to be as one encounters what has happened. And it would serve one better to deal with the effects on what has already happened.

For Madame de Pompadour, the “monsters” were “necessary” if she wished to have the company of the Doctor. Taken on a symbolic level, the “monsters” could be seen as a metaphor of the suffering one endures.

As one of my patients succinctly pointed out, “insights”, as “the Doctor”, appear to us once we stop indulging in “self-pity”: calling out to the world, “Look at the horrible lot to which I was assigned”.

Or perhaps “the Doctor” has always been there, residing in our “healthier self”; however, we would only be willing to “see” “him” when we were on the verge of leaving our desolation therefore allowing “him” to elicit a full “perspective shift”.

Or, perhaps it’s simply a “chicken-and-egg” riddle hence redering the matter of “who came first” immaterial.

One thing for certain, once “the Doctor” is “seen” by our “conscious eye”, for “him” to be “unseen” would be next to impossible. “He” would then become our constant companion on our journey to wonderment despite, or maybe in spite of, our “monsters”, the “undesirable lot”.

Make no mistake, I do not wish trauma, negative life events or loss upon anyone, let alone our young.

However, perhaps, just perhaps, in the aftermath of such tragic occurrence, if one is willing to spend one’s limited amount of lifetime focusing on creating a path towards self discovery and growth, one may just thrive on the company of the insights.

Like Reinette, one may even feel, “I would not have it any other way.”

After all, is the “Doctor” worthy of the “monster”?

Each one of us has the power and freedom to determine that, depending on what we intend to do with the “monsters.”   ​

*Doctor Who, Season 201, Episode 5, The Girl in the Fireplace