What Everyone Needs to Know about Chicken Hatchlings 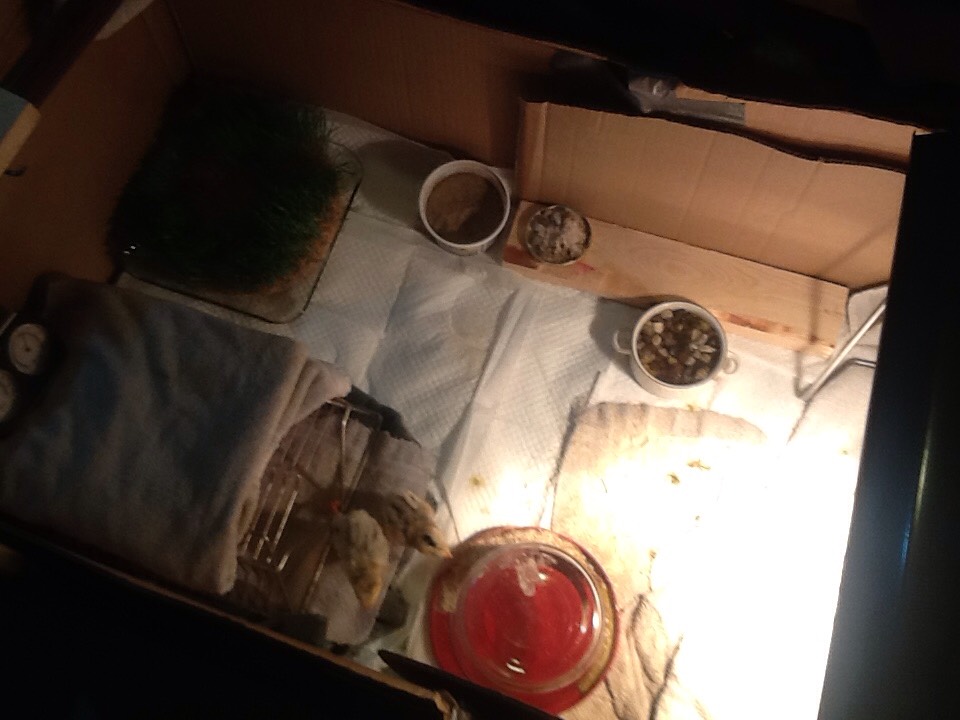 To date (day 28), 3 unhatched eggs and two hatchlings. I finally drilled a tiny hole on the air cell end of the remaining eggs. No perceived movements or chirping.

Now back to six days ago:

​The first hatchling was adventurous from the get go, even in the ‘bator, she flapped her wings “wildly” and “flew” over the edge of the wooden bowl and fell all the way down to the heating pad – good thing I was watching like a “hawk”. 🙂 In the brooder, she ran around, flapped her wings and stumbled all over the area, took baths in the stone-lined water bowl, picked out sand and ground-sprouted-fermented grains from the “floor”.

The second peep acted much more tentative and had a lame leg, which she/he refused to put weight on. And her/his stronger mate was “picking” on that leg. I didn’t like doing nothing, nor did I enjoy the thought of moving her/him to another box. It would have been resulting in isolating both of them as they only have each other.

Much writing on the subject stated that chicks need the company of other chicks. Pondering on the matter while my wolf and I played outside, in the depth of the night, I decided to “whip up” some essential oil cream to treat the lame leg of possible muscle damage and perhaps to reduce swelling and infection, if nothing else. To my delight, the next morning, a mere few hours later, she/he started putting some weight on that leg. In the afternoon, she/he hopped around with both legs just like the other chick, with only a slight limp.

In the documentary The Private Life of Chickens, it showed that chicks value their mother’s “wisdom” over their own experience. However, my pair of newborns are “mistrustful” little critters, contrary to what the film shows. I was trying to get them to drink water through “conventional wisdom” – tapping on the water bowl, dipping their beaks in the water, you name it. None worked. All it did was to prompt them to run away. Okay, flopping away, far far away. As quickly as their legs and wings could take them. As far as their 3x6 brooder allows.

After some thought, I went to my “last resort” option, which always worked with my dog, my wolves and the older hens-to-be. I took a slightly bigger fresh water bowl, filled with stones, got in the brooder and started drinking from it while making satisfactory bird sounds. Soon enough, one of them came to have a look to see what’s so tasty and dipped her/his beak into it. Obviously she/he was not disappointed so she/he stayed and drank for a long 78 seconds (yes, I’m a “nerd”, I watched the second hand of the big wall clock in the room). The constitutionally “weaker”, “spiritually” less adventurous chick came to have a look after her/his mate didn’t drop dead from the “new food”. She/he dipped her/his beak into water as well. And kept at it longer, she/he did. Mission finally accomplished. Dying from dehydration averted.

Another thing I noticed from the pair is that when in trouble, they are prone to panic. They’d stay in “troubled waters” and yell for help instead of getting themselves out of an “uncomfortable spot”.

It was literally in “troubled waters” I first noticed it. The “braver” chick thought she/he would try “sleeping” in the new food dish since she/he liked drinking water so much. She/he flopped in and discovered that she/he didn’t appreciate the “wetness” on her/his bottom. Looking at me with an expression of “disgust” (don’t ask how I could interpret it, I believe I just can by watching them) but staying “steadily put”, she/he chirped like a crazy chick. What I heard was, “Ouch! This is bad. Get me OUT!”

With a strong desire to teach my newborns to “fish”, I tapped the “floor” of the brooder, “Come! Get yourself out”, I replied. After a few seconds of shifting her glance to and fro my face and my tapping hand, she/he finally decided to help her/himself. She/he jumped out and pecked ever so lightly on the back of my hand: to say “thank you”? Or, “I’m proud I’ve done it”? “Good chick,” I chirped. 🙂
​
On the 6th day of their lives, my peeps love coarsely ground coconut, scrambled eggs, Scots oats (ground steel cut oats), ground hard red wheat berries (rejected soft white berries) and beef. Being hand fed is one of their favorite pass times and they make a game jumping on and off my hand. It is a certainty that observing your chicks from the start makes a stronger bond however it is also a world more care and trouble than if you pick them up when they are older.